“Who is this!?” he demanded. “Well what do you think, Guy Fawkes,” I replied. 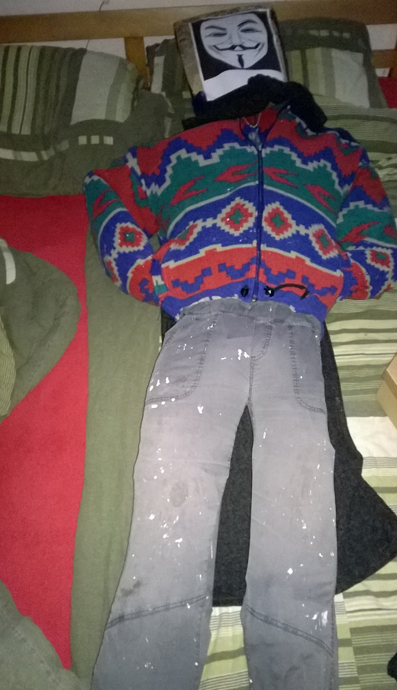 Not sure why but that’s when things took an ugly turn. The Guy was bundled into the trunk and whisked away to a secretive gathering of Brit expats and other good folks who like to reminisce about the times when the judicial system still had teeth. The Guy was made to sit in the corner and ordered to reflect upon the error of his ways. That didn’t seem to help much as he carried on looking as smug as ever. 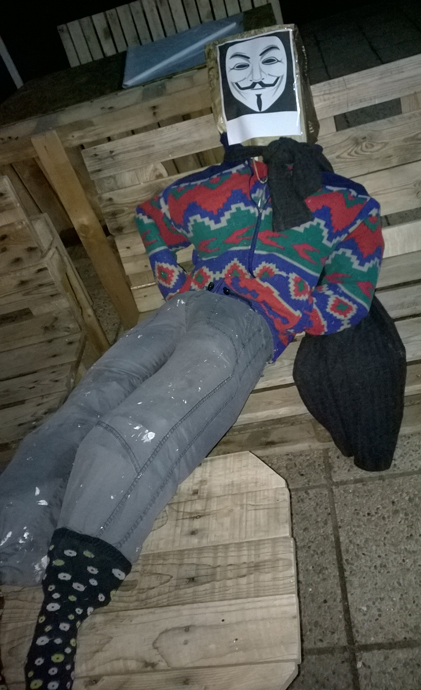 And then… well I guess that’s what Guys like him have coming to them. 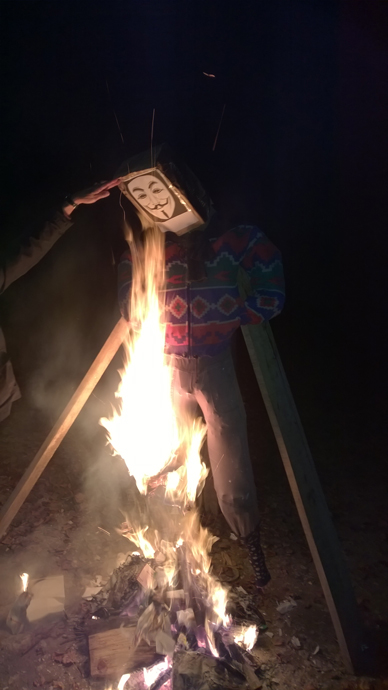 “Imma poke him to see if he moves.” 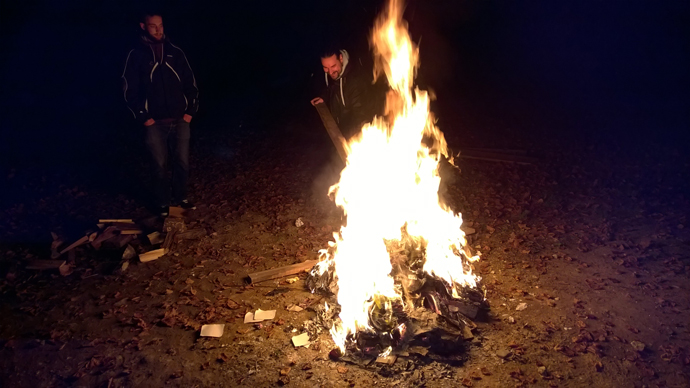 The baying crowd of jurors, judges and executioners looked pleased, perhaps even more so as there were rumours this Guy had been running riot in central London the other night. 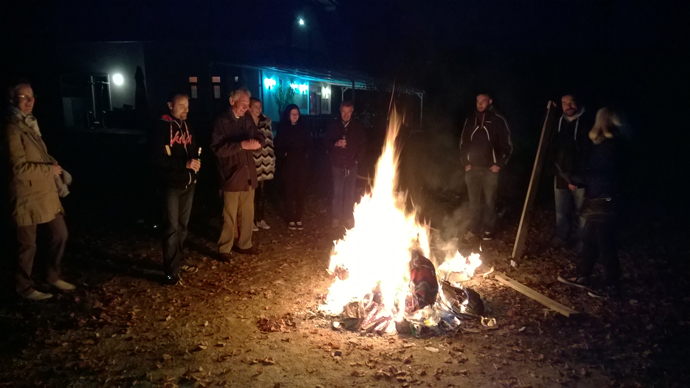 Then we cooked some Guy-flavoured pumpkin crisps on the pyre and partied like it was 1606. 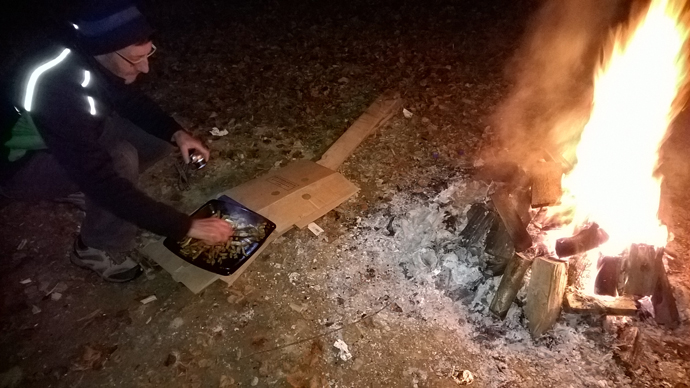 This picture should serve as a grim warning to any other Guys who would consider finding themselves in my man’s marital bed. Note that while the whole evening might have been an English-flavoured affair, hatchets are the traditional Slovenian means of settling disputes. 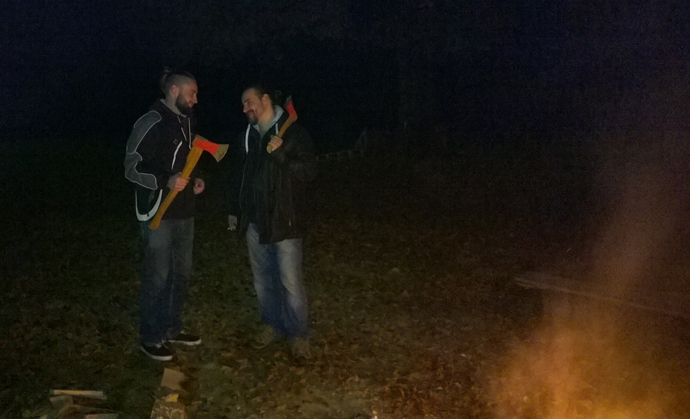